June 26th, 2016 will be a milestone date for global transportation with the delayed opening of the $5.25 billion Panama Canal expansion.  This expansion is expected to result in significant changes for the future of global shipping; however, it is unclear at what speed we will see these changes as significant upgrades to transportation infrastructure are required.  The project was originally scheduled for completion in 2014, to coincide with the canal’s 100th anniversary.

Expansion of the canal was designed to keep Panama competitive as a transportation route.  The Panama Canal's current limit is around 13,000 to 14,000 ships per year and the canal is open 24 hours a day every day of the year.  Limitations in the canal’s capacity have resulted shipper’s opting for the delivery of containers using a combination of shipment by sea to the West Coast, and rail to deliver goods to East Coast.  The expansion project will open a 3rd lane for passage and is estimated to double the Canal's ship capacity, and triple the volume.

It’s important to keep in mind that shipping your inventory to the East Coast using an all ocean method through the Panama Canal will reduce expenses as opposed to using ocean transport to the west coast and then using land methods like rail or truckload to reach the East Coast.  The tradeoff to consider is how quickly you need your inventory delivered to its next destination.  According to Inbound Logistics Magazine, “The timeliness factor still favors West Coast intermodal land bridge options which account for 18 to 20 days connecting to Chicago, while all-water routings can take up to four weeks.”  Brands that can allow longer lead times can save using all-water routings.  The image below shows approximate transit times via ocean and land routes.

In addition to increasing the number of container ships that can pass each year, the new canal lock has been increased in size to accommodate what is referred to as Post Panamax and New Panamax container ships.  These terms refer to a ship's size with relationship to the original Panama Canal's maximum dimensions.  Container ships continue to increase in size as this reduces the delivery cost per container for the maritime shipping companies.  The new canal expansion will allow ships to pass with three times the container volume as the original canal locks.  However, these boats require ports with deeper waters, and unfortunately many ports are not yet prepared to receive them. According to the Washington Post, “Three ports on the East Coast should be ready for the big boats: New York, Baltimore, and Norfolk.  In the southeast and Gulf of Mexico, it is unlikely that any of the harbors will be ready to dock the big ships when the expanded canal opens for business.”

Will the Canal Expansion Impact Shipping Rates and Time in Transit?

The additional capacity is expected to lower ocean transportation costs to the East Coast from Asia, as long as maritime companies don’t try to offset discounts with additional fees.

Jared Vineyard from freight forwarding company Universal Cargo explained, “It is expected that some market share will get taken by East and Gulf Coast ports. There have been announcements from carriers about plans to start new services through the canal that will hit ports. I'd expect more frequency of ships going through the canal to the East and Gulf ports, which should bring the time shippers have to wait for imports from Asia to U.S. East and Gulf ports down. With larger ships and more frequency, we're looking at higher capacity for Asia to U.S. East and Gulf port shipping, which would put downward pressure on freight rates. That could mean lower freight rates, but carriers will try to keep the freight rates up, likely with GRIs, canal fees to shippers, etc.”

Regardless of pricing speculation, the Panama Canal expansion is certainly going to have an impact on global trade routes and lanes.  Be sure to contact your freight forwarder or customs broker to discuss new transportation opportunities. 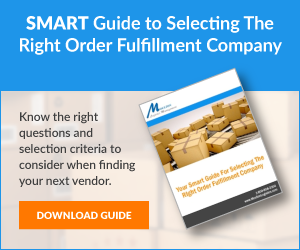 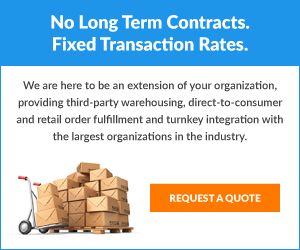